Fire aboard ship is one of the mariner’s most feared enemies. Fire can kill by heat, flames, smoke or poisonous gas. It can force the crew and everyone aboard to abandon ship into the lifeboats and take their chances on a hostile sea. The crew can call for outside help, but professional assistance may be hours or even days away. Survival depends upon the crew responding effectively to the fire and taking all appropriate steps to protect their fellow shipmates. On a Cruise ship, the crew must not only manage the fire; they must ensure the safety of their guests as well. Passengers who previously only looked to the crew to keep them comfortable, well-fed and entertained, now see a different side of the sailors, engineers and serving staff.

International regulations require key shipboard crew members to undergo training in basic and advanced firefighting. The same rules require the crew to plan for and practice responding to fires in different parts of the vessel. Aboard Oceania, Safety Officer Vjeko Mastovic supervises the crew’s firefighting response. He has at his disposal a Quick Response Team and four five-man Fire Teams. Once a week, he runs a fire drill where the teams don their protective gear and simulate extinguishing different types of fires in various locations all around the ship. He runs his fire drills as realistically as possible, using training aids such as artificial smoke and flashing lights to simulate the flames, but since actually setting the ship on fire is not an option, the crew can only imagine the intense heat they would encounter in a real situation.

Back in April, representatives from the Maritime Institute of Technology and Graduate Studies (MITAGS), which operates the India Tango school, travelled to Miami to meet with Marco Fantasia, NCL Holdings Senior Director of Regulatory Compliance Safety & Training. The conversation centered on providing crewmembers live firefighting training opportunities while their ships are moored in Seattle. An initial firefighting session was subsequently scheduled for Oceania in early June.

During Oceania’s port call a week before the scheduled fire exercise, India Tango instructors Jon Kjaerulff and Chris Piper visited the ship and met with Capt. Luksa Kristovic and Safety Officer Mastrovic. After touring the ship and discussing the ongoing program of weekly drills and training, it was decided that the best use of the crew’s time ashore at India Tango would be the opportunity to practice their practical skills as a team, fighting actual fires in different parts of the training vessel.

On the morning of June 19, after the ship had cleared Customs and all passengers were disembarked, 12 Oceania crewmembers boarded a bus for the short drive to India Tango. On the bus, they were served fresh donuts and coffee to enjoy as they rode through the streets of Seattle. As the last donut was eaten, the bus pulled into the training facility and the students and instructors met face to face.

After a brief round of introductions, students were issued safety equipment and given a familiarization tour of the training vessel. They were then provided a demonstration of the use of firefighting foam and the discharge of a fixed CO2 gas flooding system.
Then it was time to fight some fires!

The first fire broke out in the Fire Dragon’s after machinery space. A fuel line had ruptured, and hot fuel was spraying onto a generator’s hot exhaust. Flames were spreading across the floor and up the walls. Fire Team 1 rapidly suited up, and tested their gear. After discussion with the safety officer, they were instructed to make entry using the midships starboard side door.

Working their way down the main passageway, they advanced closer and closer until the raging fire was just around the corner. Using the correct fog pattern, sweeping the base of the flames, the team attacked the fire. It took several attempts, as the fuel and surrounding metal had become very hot, but eventually the fire was extinguished. Then the same scenario was repeated for Fire Team 2, who also managed to extinguish the fire.

As it turned out, the first fire was the easiest one. Over the next two hours, before climbing back aboard the bus for the ride back to the ship, the fire teams fought bigger, more challenging fires in the galley, the pump room and the engine room. The last scenario involved a fire which had spread to multiple compartments, and required the two teams to operate in separate areas. Deck Cadet Flavius Avram later stated, “I learned a valuable lesson regarding the communication inside my Fire Team.”

Before getting on the bus for the ride back to the ship, the Team Members talked about that they had learned. “Experiencing a ceiling fire was a game changer!” said Oiler Donal Rikki Fernardo. For 2nd Engineer Iurii Pavlega, “It was a first time ever that I saw in a real-life fixed CO2 release and Foam extinguishing for a liquid class of Fire.”

Wiper Aljun Binay Sandoval was more down to earth in his comments. His favorite part of the day? “I really liked a donuts and Starbucks gift card!” 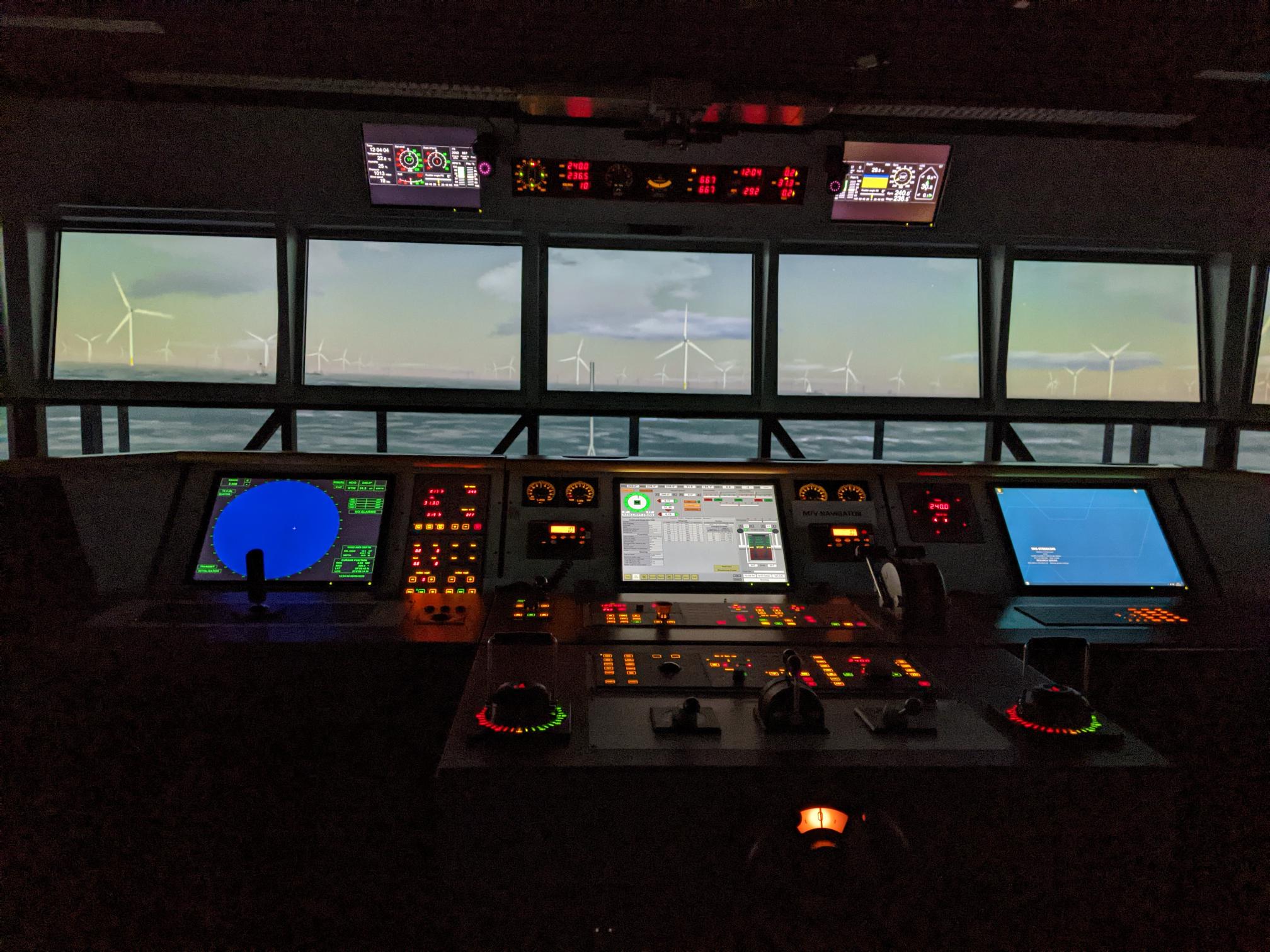 Colleen Schaffer, P.E., Department Chair of Simulation Engineering at MITAGS, spoke at the International Offshore Wind Partnering Forum, which was held this year in Atlantic City, NJ, on April 26-28. Colleen spoke as a representative of MITAGS during the conference’s Workforce Summit on April 26. The focus of the presentation was to describe how MITAGS […] 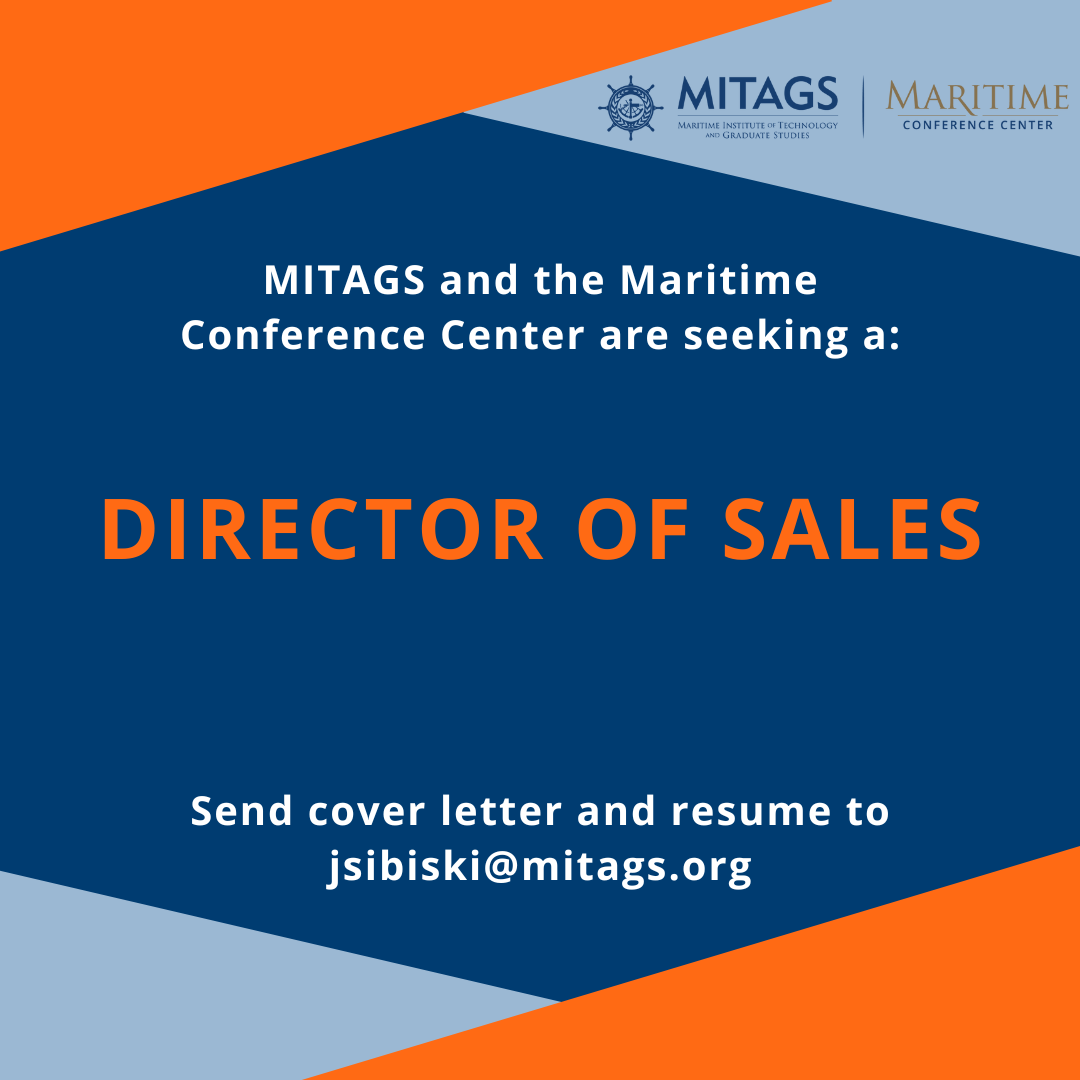 The Maritime Institute of Technology and Graduate Studies/Maritime Conference Center in Linthicum, Maryland has an immediate opening for Director of Sales. MITAGS-MCC is a dynamic, progressive Maritime Training Center and Conference Center located in the BWI Business area.  We are committed to providing the absolute best in training and services to our students and conference […] 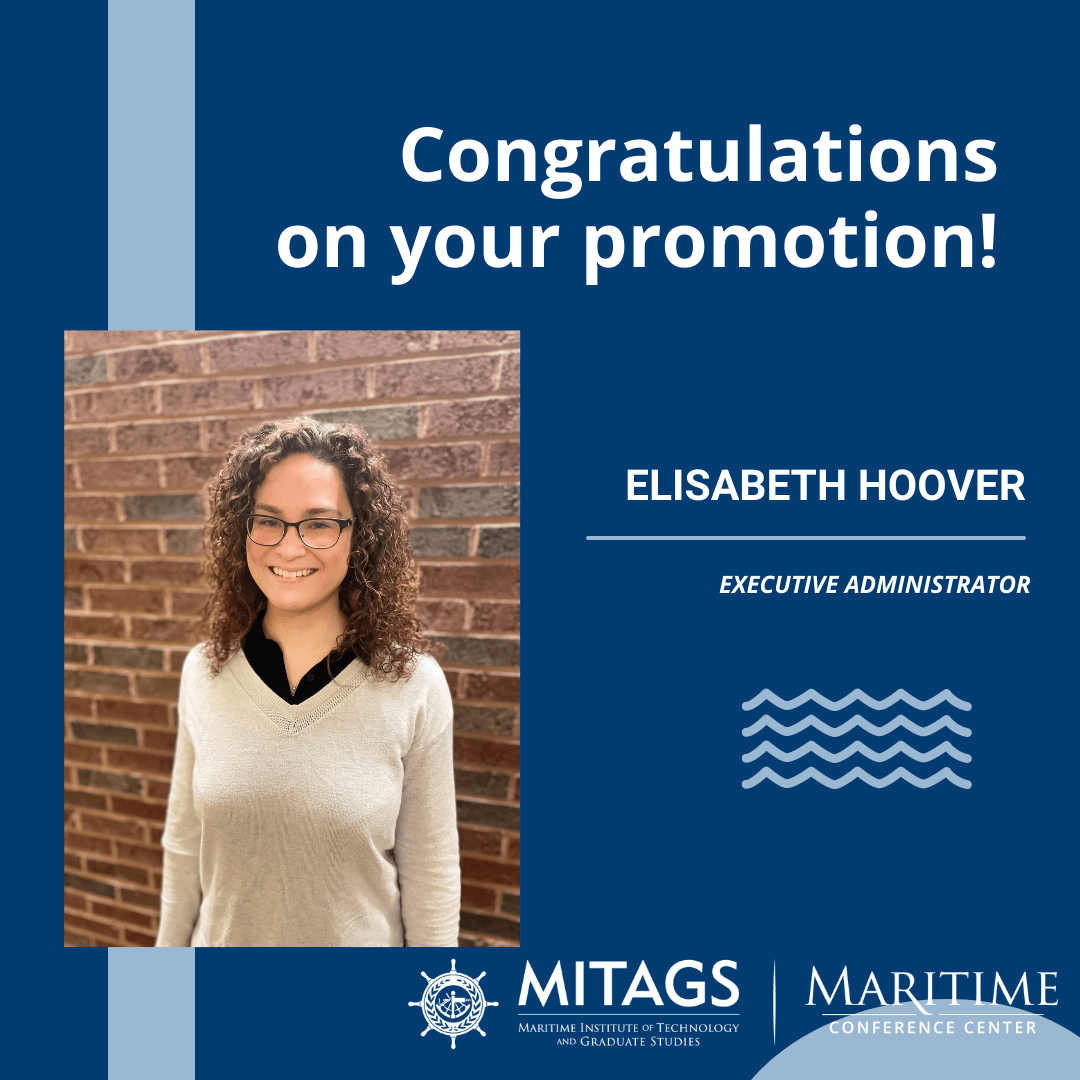