The team at MITAGS has developed an extensive library of simulated ship models; comprising vessels of different tonnage, dimension, and hull forms; including, container ships, tankers, ASD & Voith Schneider tug boats, gas carriers, ice breakers, fishing vessels, passenger ships, ferries, and special purpose naval and commercial vessels. Mathematical models of the ships and ship equipment, physical forces, and effects have been based on the results of research carried out by ship/tug Captains and hydrodynamicists and comply with the highest possible global standards.

For studies involving ship to ship passing, MITAGS uses the ROPES Program. It is a software that was created and owned by MARIN’s Joint Industry Project. This program allows us  to validate the six degree-of-freedom forces (surge, sway, heave, roll, pitch, and yaw) between the ships and compare the data to our simulator’s output.

ROPES (Research on Passing Effects on Ships) is part of MARIN’s JIP (Joint Industry Project) developed to predict the ship to ship interaction forces in shallow water in open or restricted waters. The effects on port and channel geometry have also been included in the software.

As described in the ROPES User Manual, the main features of the program are:

The program is recommended by PIANC report number 153-2016 (Chapter 7.3.5) as “the most recent industry guidance on passing vessel analysis is a product of a Joint Industry Project, resulting in the computer program ‘ROPES’” (page 80). 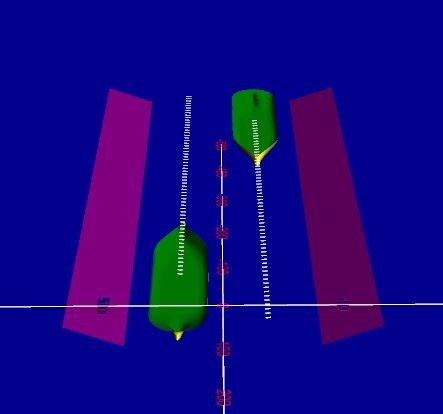 Figure 6‑59: ROPES model showing the bottom of the ships and the bank slope (study done at MITAGS)

MITAGS has simulation research capabilities at our campuses in Baltimore, Maryland and Seattle, Washington.

Our team of experts, strategic partners and simulation facilities are unequaled.

To learn more about our Hydrodynamic Modeling capabilities, please enter your email address to download our Simulation Facilities & Capabilities Guide, then turn to page 15!